This rule directs the trial judge to determine whether the verdict of the jury exceeds the maximum amount which the jury could reasonably find and if it does, the trial judge may then reduce the verdict to the highest amount that the jury could properly have awarded. In this case there are five cardinal elements of damages: past physical and mental pain; future physical and mental pain; future medical expenses; loss of earning capacity and permanent disability and disfigurement.

We have held that the collateral-source rule applies unless the evidence of the benefits from the collateral source is relevant for a purpose other than the mitigation of damages.

(2)   to show that the plaintiff had attributed his condition to some other cause, such as sickness

(3)   to impeach the plaintiff’s testimony that he or she had paid his medical expense himself.

(4)   To show that the plaintiff had actually continued to work instead of being out of work, as claimed.

It is well established that the plaintiff in a personal injury case cannot claim damages for what would otherwise be a permanent injury if the permanency of the injury could have been avoided by  submitting to treatment by a physician , including possible surgery , when a reasonable person would do so under the same circumstances.

In general the test to be applied in determining whether a plaintiff has unreasonably failed or refused to mitigate his damages by submitting to a surgical operation is whether, under the circumstances of the particular case, an ordinarily prudent person would do so, i.e., the duty to exercise reasonable care under the circumstances.

In instructing the jury on the issue of punitive damages, the court listed several factors which the jury was to take into account in determining whether Riegel had acted in willful or reckless disregard of plaintiff’s rights: 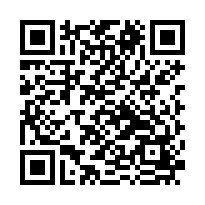