in both the conyract and the deed was a reservation of mineral rights by thegrantor.

the texas company defendant appellee and cross appellant here in has been conducting extensive operations  on section 23 since1952 under an oil and gas lease granted by northern pacific railway conpany.

by the second and third cause of action russell seeks to recover damages from the texas company for its use of thesurface of section 23 in connection with its opertions on section 23 and on adjacent lands.

The sums alleged to be due under a revocable license commencing on October 30, 1952, which obligated the texas company to pay Russell 150.00 a day for the continued use of sction23 in connection with its operations on adjacent lands a use admittedly in excess of the easement flowing from the mineral reservation in the original deed.

The evidence shows that the texas company received on October 30, 1952, an offer from Russell for a revocable license to cover the use of section 23 in connection with operation on adjacent lands for the sum of 150.00a day which offer contained the express proviso that, your continued use of the roadway, water and or materials will constitute your acceptance of this revocable permit. The evidence further shows that the teaxs company did so continute to use section23 untill November 22,1952, and it was not until sometime in December of that year that russel finally received a communication from tha company to the effect that the offer was rejected.

Neither party depends in any material respect on this purported rejection.

Judgment was entered in favor of Russell and against the texas company in the amount of 3837.60,which consisted of 3600.00 due under the revocable license and 237.60 due for the use of the land under the terms of the mineral reservation.

The texas company appeals from that portion of the judgment which awarded Russell 3600.00 as the amount due under the terms of the mineral reservations.

The texas company appeals from that portion of the judgment which awarded Russell 3600.00 as the amount due under the terms of the revocable license, contending that the court erred as a matter of law in finding that the offer for the said license was accepted.

Russell appeals from that portion of the judgment against the texas company which awarded him 237.60, claiming that the court, in arriving at the measure of compensation applied the wrong rule of damages.

The texas company argues that the revocable license, which Russell offered to it in connection with its wrongful ude use of section 23, was never accepted, because the company had no intention of accepting it. Appellant presents for our consideration numerous passage from the restatement of the offeree’s intent to accepts where an ambiguous act is selected by the offeror to signify acceptance, or where silence and inaction can be considered an acceptance. None of these citations deal with the precise question that we are confronted with in this case. The question here is whether an offeree may vitiate a contract by a claim of lack of intention to accept an offer when he accrpts and retains the benefits offered to him by the offeror, with a positive and affirmative proviso by the offeror that such acceptance of the benefits will, in and of itself, be deemed by the offeror to be an acceptance. To put the problem in homely terms, may an offeree accept all of the benefits of a contract and then declare that he cannot be held liable for the burdens because he secretly had said,king’s ex we think not. A rule with such effect would be unconscionable and is not in line with either fairness or justice. The correct rule, we believe, is found in 79of the restatement of contracts, wherein it is stated:

Russell ‘s offer of the license in clear and unambiguous terms stated that the continued use of section 23 in connection with activites and operations on other lands would constitute an acceptance of the offer of the license .the trial court found on the evidence that the texas company did so continue to use section 23, and hence unequivocally came within the terms specified for acceptance. It is a well established principle of property law that the right to use the surface of land as an incident of the ownership of mineral rights in the land, does not carry with it the right to use the surface in aid of mining or drilling operations on other lands…..that such use by the texas company was tortious admits of no doubt. But even in the absence of a tortuous

Use, the true test would be whether or not the offeror was reasonably led to believe that the act of the offeree was an acceptance, and upon the facts of this case it seems evident that even this test is met.

The judgment is affirmed as to both appellants. (the court’s discussion of issues raised by russell’s  appeal is omitted.) 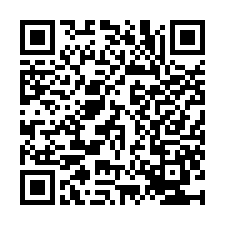