action for non-delivery of wool according to agreement. at the trial at the last lent assizes for the county of worcester, before burrough ,j , it appeared that the defendants, who were dealrs in wool, at st. ives,

in the county of huntington, had, on tuesday the 2d of september 1817, written the following letter to the plaintiffs, who were woolen manufacturers residing in bromsgrove, worcestershire. we now offer you

eight hundred tods of weather fleeces, of a good fair quaility of our country wool,at 35s6d. per tod, to be delivered at  leicester, and to be paid for by two months' billin two months, and to be weighed up by

your agent within fourteen days, receiving your answer in course of post.

this letter  was misdirected by the defendants, to bromsgrove, lecices tershire, in consequence of which it was not received by the plaintiff s in worcestershire till 7

p.m. on friday, september 5th. on that evening the plaintiffs wrote an answer, agreeing to accept the wool on the terms proposed. the course of the post between st. ives and bromsgrove is through london,

and consequently this this answer was not received by the defendant till tuesday, september 9th . on the monday september 8th ,

the defendant not having , as they expected, received an answer on sunday september 7th,(which in case their letter had not been misdirected, would have been in

the usual course of post,) sold the wool in question to another person.

under this circumstance, the learned judge held,that the delay having been occassioned by the neglect of the defendants, the jury must take it, that the answer did

come back in due course of post; and that then the defendants were liable for the loss that had been sustained; and the plaintiffs accordingly recovered a verdict.

jervis having in easter term obtained a rule nisi for a new trail, on the ground that there was no blinding contract between the parties.

Dauncey, puller, and richardson, showed cause. they contended, that at the moment of the acceptance of the offer of the defendants by the plaintiffs, the former

became bound. and that was on the friday evening, when there had been no change ofcircumstances.

they were then stopped by the court, who called upon jervis and campbell in support of the rule. they relied on payne v. cave (3 t.r 148), and more

in that case, oxley, who had proposed to sell goods to cooke, and given him a certern time at his request, to determine whether  he would buy him or not, was held not liable to the performance of the contract,

even though coke, within the specified time, had determined to buy them, and given oxley notice to that effect. so here the defendants who have proposed by letter to sell this wool, are not to be held liable,

even though it be now admitted that the answer did come back in due course of post.

till the plaintiff's answer was actually received, ther could be no blinding contract between the parties; and before then, the defendants had retracted their offer, by selling the wool to other persons. but----

the court said, that if that were so, no contract could ever be completed by the post. for if the defendants were not bound by their offer when accepted by the plaintiffs till the answer was received, then

the plaintiffs ought not to be bound till after they after received notification that the defendants had received their answer and assented to it.

the defendants must be considered in law as making, during every instant of the time their letter was travelling, the same identical offer to the plaintiffs; and then the contract is completed by the acceptance

of it by the letter. then as to the delay in notifying the acceptance, that arises entirely from the mistake of the defendants, and it therefore must be taken as against them, that the plaintiff's answer was 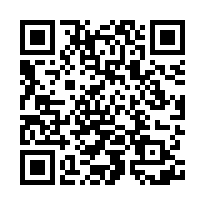