1. General rule: the doctrine of contributory negligence provides that p is negligent, and his negligence contributes proximately to his injuries, is totally barred from recovery.

3. Proximate cause: the contributory negligence defense only applies where p’s negligence contributes proximately to his injuries. The same test for “proximate cause “is used where d’s liability is being evaluated.

A. Definition: p is said to have assumed the risk of certain harm if he has voluntarily consented to take his chances that harm will occur. Where such an assumption is shown, p is completely barred from recovery.

B. Express assumption: if p explicitly agrees with d, in advance of any harm, that p will not hold d liable for certain harm, p is said to have expressly assumed the risk of that harm.

C. Implied assumption of risk: even if P never makes an actual agreement with D whereby P assumes the risk, P may be held to have assumed certain risks by his conduct. This assumption of risk is said to be implied.

1. Two requirements: for D to establish p’s implied assumption of risk, he must show that p’s actions demonstrated that he knew of the risk in question and voluntarily consented to bear that risk himself.

2. Knowledge of risk: the risk must be one which was actually known to p

3. Voluntary assumption: there is no assumption of risk if d’s conduct left p with no reasonable choice but to encounter a known danger.

1. trips from home: most court hold that where an accident occurs where the employee is traveling from his home to work, he is not acting within the scope of employment.

2. frolic and detour: even a detour or side-trip for person purposes by an employee may be found within the scope of employment if the deviation was reasonably foreseeable.

3.forbidden acts: even if the act done was expressly forbidden by the employer, it will be within the scope of employment if done in furtherance of the employment.

E. Exception: there are some important exceptions to the rule that an employer is generally not liable for torts committed by the independent contractor.

1. Employer’s own liability: if the employer is himself negligent in his own dealings with the independent contractor, this can give rise to employer liability.

2. Non-delegable duty : there are some duties of care that are deemed so important that the person doing theme will not be allowed to delegate theme to anyone.

3. Inherently dangerous activities: one who employs an independent contractor will also be liable where the work is such that there will be a high degree of danger to others unless special precautions are taken.

A. Nominal damages
Nominal damages consist of a token sum of money which is awarded to a plaintiff who has made out a case but has failed to prove any actual damage.

4. Collateral sources
The majority of jurisdictions hold that compensation which a plaintiff receives from a collateral source (i.e, not on behalf of a tortfeasor) is not relevant in measuring damages which the plaintiff is entitled to collect from the defendant. 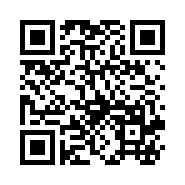